Welcome to another edition of 8 Questions With……
As many of you know,music is part of my heart. I spent over 10 years booking shows in San Jose,Calif before moving to Michigan. I love a good hard working singer who has a strong voice. Which it made it very easy to me when once again Stephen Foster suggested I talk with Karen Volpe,a talented artist who is based in Los Angeles. It takes a lot of guts and daring to play country music in what many people consider to be a rock and punk rock hotbed. To carve a trail through that and land a following that includes superstar Lyle Lovett on your Instagram speaks quite loudly about how good Karen really is as a artist.  When I asked her if she would like to talk,despite her busy schedule,she graciously said “Yes,I would love to answer 8 Questions…… “. So let’s go meet Karen Volpe!!

Please introduce yourself and tell us a little about yourself.

My name is Karen Volpe and I grew up in WNY, that in rural New York about as far away from New York City as you can get and still be in the state of New York.

What led you into music? Which three people,be it teachers or performers,influenced you the most when you started out

As early as I can remember I was singing. My father Pete played the guitar and was a singer. He taught my mom Eleanore how to play the bass guitar. As my brothers got older Don learned the guitar and Bob learned drums. I was the youngest and I grew up singing in the family band. I did not know any better and thought that all families played instruments and sat around the house on the weekend and made music. I was influenced most by my Dad who loved music and encouraged me to sing all of the time. He also taught me how to change lyrics and be in the moment when working in front of a band and to really entertain the audience. In high school I had wonderful music and drama teachers. The teacher that had the biggest effect on me was Mary Ann Bender. She single handedly changed my life. 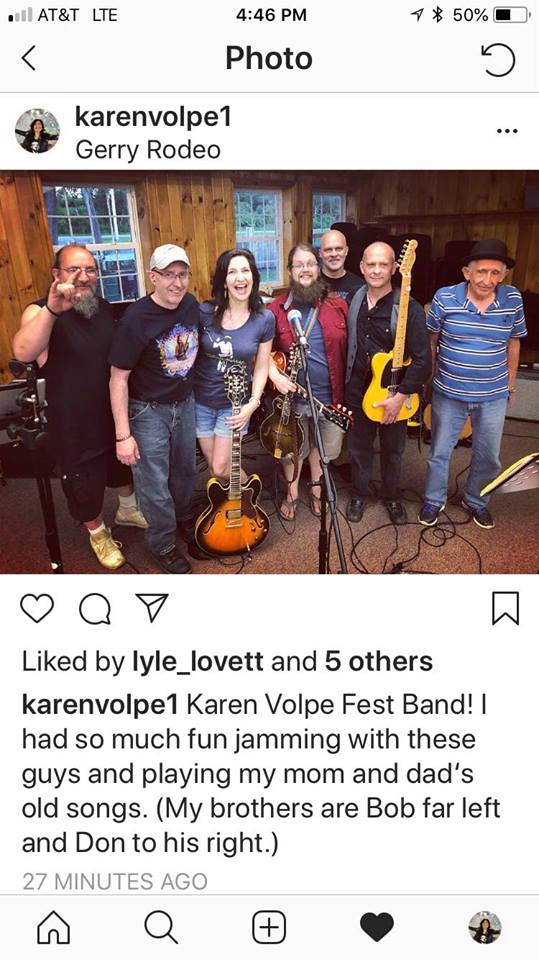 Describe the music that you play to someone who has never heard you perform.

The cover songs that I play are classic country music. They are from my dad’s big black binder of songs he used to play in the 70’s and 80’s. The original songs I play are written by Chuck Pelletier and are more modern country music with a fun, quirky edge. 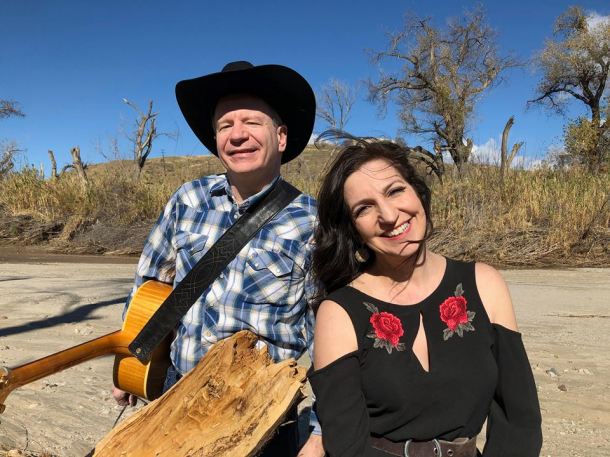 What are the three most rewarding/frustrating things you have come across as a live performer?

The three most frustrating/rewarding things that I have come across as a live performer are both good and bad sound systems. You never know what you are going to get. It is very frustrating when you agree to play a venue and they say they have a sound system and when you get there it’s just a crappy mike and no mixer, no monitor and no mike stand. Since being heard is really the most important thing, you are at the mercy of the sound system. Secondly, it can be frustrating trying to work with other performers, especially if they have a different background than you do and a different level of professionalism and expectations. That really teaches you to believe in yourself and not lower your quality just because someone you are working with is okay with a different level of performance. Thirdly, it can be frustrating when you work really hard on a show and there are only a handful of people in the audience. But, I try to turn that into a rewarding experience by giving the audience that is there a killer show so they will leave and tell their friends about it. Who knows, maybe their friends will come to the next show!

How do you approach a solo performance differently from a full band show?

I think a full band show is a lot more fun and rewarding. I enjoy working with other musicians on stage. I have an improvisational comedy background and enjoy making art in the moment with other creative and performers. When I have a full band I enjoy mixing things up and throwing solos to people randomly, it keeps everybody on their toes. When I do a solo show I try to include the audience in the act so that it is completely immersive and make them a part of the act.

How has social media impacted your music in the past five years,both positively and negatively?

Social media has really made getting my music out to my fans a lot easier. I have always loved to perform live, so social media does not take the place of doing live shows, but it sure makes getting people out to the shows easier. Also, I enjoy making music videos and it is so much easier to get my music to a larger audience with YouTube and Facebook.

What is the Karen Volpe Fest and how did it come about?

Karen Volpe Fest was the brainchild of my older brother Robert Volpe. He is the drummer in my family band and whenever I visit my home of Cherry Creek, NY, he likes to put together a pickup band of musicians I have played with other the years and we make up The Karen Volpe Band. Karen Volpe Fest this year was especially fun because the man playing steel guitar was the steel guitar player in my dad’s band back in the 60’s. 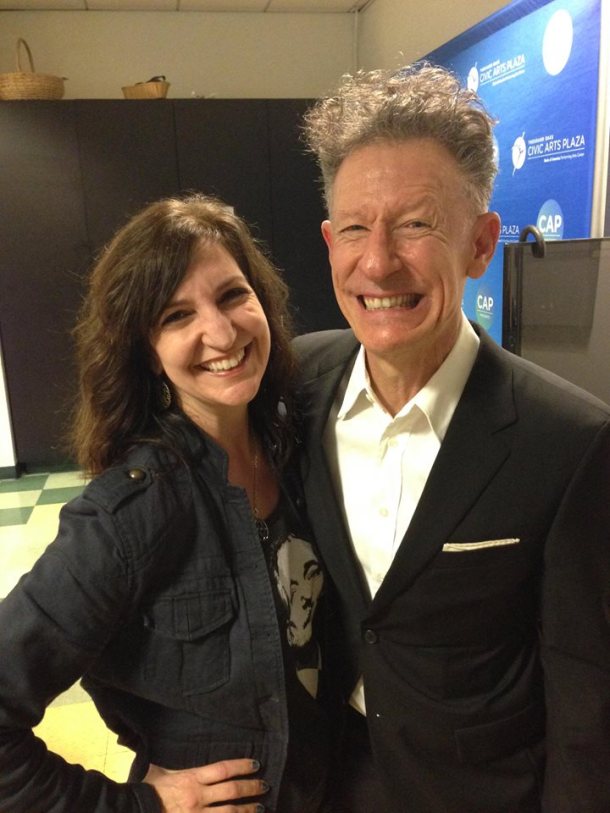 If you could book a live show with your band and 4 other acts dead or alive,who would book and why?

I would definitely book Lyle Lovett. He is my absolute favorite musician. He is also the greatest guy and super funny. He can even bring along his buddy John Hagen if he’d like, that guy is a hoot! On the bill would also be Gloria Estefan, my favorite female singer hands down. There is just something about her voice that brings tears of happiness to my eyes as soon as I hear her. And of course I would book Bill Murray and Steve Martin. Two exceptional musicians and comedians in their own right.

How important is family in regards to to your songwriting and performing?

My family is very important to my music and my songwriting. My family is THE reason I started singing in the first place. My dad’s father Sam was my first fan. When I was a little girl I would dance and sing on the back hatch of the pickup truck and Grandpa would sit there and watch. Sometimes he would fall asleep, but when I was done with a song and said “Tah Dah”, he would take up clapping his hands and giving me a huge applause.

What is the live music scene like in Southern California in your opinion?

The live music scene in LA is very competitive. It’s very different than WNY. In LA there are so many talented musicians and actors that you are competing for stage time and for people to come out and see you. I call it a producer’s market. Everyone is making art and music. Once you get outside of LA, there are more people who want to consume entertainment and they want to come out and see a band or a play.

The cheetah and I have flown in to catch you perform….but we are a day early and you are our tour guide,what are we doing and seeing in your town?

Well I live in Burbank, CA, so there are TONS of things to do here! I would show you around the studios, give you my celebrity “Death Tour” and take you to the Hollywood Walk of Fame to get a photo of you with the Gloria Estefan Star (I have a wall full of framed photos of friends at her star.)

My thanks to Karen to taking the time to chat with us about her music and herself. If you wish to follow Karen and her career or buy some of her music,we have the means for you to do so.

Listen to More of My Tunes